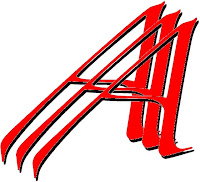 
An acquaintance sent me an e-mailed PowerPoint presentation, “Center of the Bible”. Here is my reply, which deserves a wider audience:


I am sure you meant no harm in sending me your chain-letter e-mail promoting religion, the bible, and prayer. No doubt you believed it was a Good Thing to do. Let me explain why I find it reprehensible.


Imagine that you got an e-mail from me inviting you to a festival of the Sun God, based on ancient Egyptian writings. We will offer prayers and, to ensure good rains and a bountiful crop, will be sacrificing some first-born: Yours might be lucky enough to be included. You should command your wife and slaves to attend as well.


I’d expect a sharp reply from you castigating me for my barbarism and superstition, pointing out that the Sun is a common star with no supernatural powers, that praying and sacrificing to it will not influence the weather or crops, that your wife is an adult who makes her own decisions, and that no decent person today owns slaves.


Now, make two changes to my hypothetical invitation: Replace “Egyptian writings” with “Bible”, and “Sun God” with your name for God.


Human sacrifice is a theme running through the Bible from Isaac to Exodus to Jesus: Indeed, it is a central tenet of Christianity that it is a good thing to torture an innocent man to death in the place of the guilty. Civilised? I don’t think so.


The Old Testament gives detailed commandments for the keeping of slaves, including the requirements for selling your daughter into slavery. The New Testament supports it. The “Good Book’s” attitude towards women is that they are possessions: Witness Lot’s willingness to give his daughters to a mob to be raped. Good? I don’t think so.


As with many other books, the Bible contains its share of wisdom, but there is a lot of bad stuff there too. If you take the Bible as the word of a God that must be obeyed, you would murder me for speaking against Him, and kill everyone you know for working on the Sabbath.


I am worried when an educated 21st-Century person advocates the Bible as anything more than a myth from the infancy of our species. Today anybody with matric knows more about the universe than the authors of the Bible did. Yet your opinion of me is so low that you think I follow it.


The god depicted in the bible is a nasty piece of work: Rigid, jealous, angry, sectarian, misogynist and genocidal. Fortunately it is obviously also fictitious.


Prayer is at best a waste of time, and may well be counter-productive, as shown by scientific studies (for example, the 2006 "Study of the Therapeutic Effects of Intercessory Prayer (STEP)" led by Harvard Professor Herbert Benson). You’re entitled to your own opinions, but not your own facts.


In an age when religious fanatics who welcome Armageddon can get hold of nuclear weapons, you are doing our planet a grave disservice by spreading superstition. Please reconsider.


Thanks and RICKgards
Posted by Rick Raubenheimer at 20:13