The Saturday Star, January 19, had an article “Religious groups battle food sign ban” about a Christian group opposing everyone bearing the costs of food certification for religious groups.

This has had one beneficial effect: Unusually, Muslims and Jews are standing together in opposing the action.

Rafiek Mohamed of the Muslim United Ulama Council of South Africa is quoted as calling for religious tolerance.

Isn’t it interesting that, when Muslims are in the minority, they call for religious tolerance?

By contrast, can anyone think of a country where Muslims are instead in a majority, where a Muslim leader has called for religious tolerance?

We had a headline a few days ago on the internet “Egyptian Court Sentences Christian Family to 15 Years for Converting From Islam”.  In Egypt, ID cards carry a person’s religion (why?) and it is easy to convert a Christian ID to a Muslim one, but impossible to do the reverse. 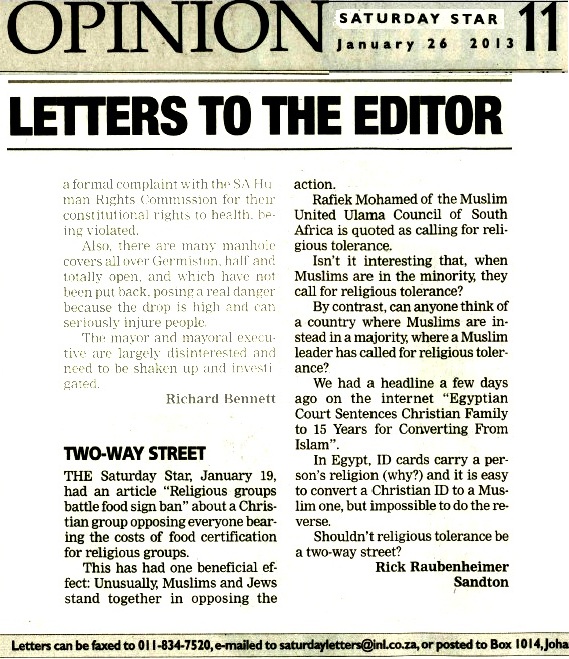 Posted by Rick Raubenheimer at 16:05